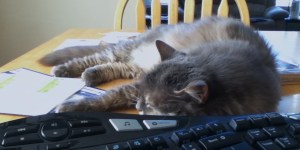 I’ve always loved animals and animal stories. Growing up, some of my favorite books were E.B. White’s Charlotte’s Web, Walter Farley’s Black Stallion series, and Marguerite Henry’s Misty of Chincoteague. As an adult, I worked in a zoo aviary, and as a volunteer at wildlife rescue organizations in California and Alaska, working mainly with birds, including raptors.

So it was only natural that, when I began writing, animals figured prominently in many of my stories. My animal characters acted in realistic ways when I began, but, over time, many of them began to narrate their own stories or speak to each other and humans.

What’s so special about animal characters? Why should you write from an animal’s perspective? First of all, animals have access to events, conversations, and secrets that humans do not. They are the literal fly on the wall or the dog sitting under a chair in an outdoor café. Animals also have a unique perspective on the world due to their size, intellect, and life span. How would a fruit fly see things differently than an elephant? This unique perspective can take your story to a whole new level of awareness.

When writing from an animal’s perspective, there are four elements you will want to consider:

Intelligence – both intellectual and emotional

Point of view (POV) is the narrator’s perspective within the story; the POV character is the one around whom the story revolves, and from whose head the story is presented.

First person POV is the most intimate because the reader is in the mind of the character and privy to all of the character’s thoughts and emotions. However, this POV demands that the non-human narrator communicate directly to the reader in a language that the reader understands. If that makes your animal character seem more fantastical than you want, explore third person POV.

Third person POV is the least intimate, but allows the writer the greatest freedom to express the animal’s perceptions. Third person is the easiest way to present a non-human perspective, because it can describe the animal’s thoughts without breaking that 4th wall where the animal speaks directly to the reader in a human language, so to speak, and keep the “realistic” aspect without sacrificing what the animal knows and feels.

Ultimately, you will choose the POV that will best serve the story, just as if you were using a human character as your narrator.

Now it’s time for a little research. If you’ve decided to write about a certain animal, I’m going to assume that you know at least a little about that animal. But don’t rely on “What I know” – it’s a trap! Don’t believe everything you see on the Animal Planet channel, either. Some of their shows are fictional but presented as if fact. Instead, read a wide selection of credible sources. Research the latest discoveries and philosophies on animal intelligence. Seek out experts and ask them questions. You may be surprised at what science can now tell us about an animal’s thoughts and emotions.

For example, seizure alert dogs can detect a human seizure before it occurs. It’s pretty remarkable that dogs can sense something medical that will occur, and even more remarkable that THEY ACT UPON THAT KNOWLEDGE on their own. That sounds like intelligence and empathy to me.

Do your research, then let your imagination take over. Challenge what we humans assume is the emotional or intellectual range of an animal. How many emotions does your animal character feel? Don’t limit yourself to primary emotions like joy, fear, surprise, anger, disgust, or sadness. Let your non-human characters feel empathy, cooperation, and other emotions that go beyond the basic.

At this point, you may think that making up a creature, or using a mythical one, would be a lot less work and research. Not true. Animals—even mythical ones—have bits and pieces of real-life animals and behave differently from human characters. By incorporating realistic behavior from the real-life animal that your creature most resembles, you will build a believable character. Does your dragon hunt more like a bird or a snake? Does your griffin react more like an eagle or a lion? What would these behaviors look like? Do your research and incorporate realistic behavior into your characters and they will come alive.

But what if realistic behavior doesn’t serve your story? If you’re going to deviate from the “accepted convention” of that animal’s behavior, I’d advise you to explain this difference to your reader. For example: If you are going to have a pig who starts to herd sheep, then the reader needs to know WHY the pig is motivated to herd sheep. Perhaps he was taken in by a female border collie when he was a baby. Or, if your mythical creature does not follow what is generally accepted behavior, then do explain it. It doesn’t mean that you can’t write the animal in that way, and subverting the readers’ expectations is a wonderful thing, but don’t confuse or irritate your audience by not explaining why they are deviations.

Let’s look at the problem of realistic wolf behavior and werewolves. The idea of an almighty alpha male wolf who rules the pack with violence is a myth. As Barry Lopez, American author and essayist, states in Of Wolves and Men, “Alpha animals do not always lead the hunt, break trail in snow, or eat before others do. An alpha animal may be alpha only at certain times for a specific reason, and, it should be noted, is alpha at the deference of the other wolves in the pack.” This, however, could make for a boring story if all the werewolves worked cooperatively But you could add an element of cooperation into your werewolf pack and use it as a jumping-off point to develop new werewolf pack dynamics.

The fourth element to consider is what I call The Wilding, a term I adopted from Garth Stein’s The Art of Racing in the Rain. The Wilding is the moment when the main character, whether human or non-human, slips most fully into its primal animal self. It’s the integration of the everyday self (that we show in public) and that dark aspect of our psyche that we’d probably like to keep hidden away. In fiction, The Wilding represents that moment when the animal’s primal spirit takes over; it is a shift in the animal’s behavior and/or perception. The animal perception takes over completely, dominating the animal (or, in some stories, the human POV character) and overpowering all human characteristics.

Carl Gustav Jung, Swiss founder of analytical psychology, believed that every human had a ‘shadow’ or dark aspect to his or her personality. To Jung, the shadow was negative, filled with primitive and inferior attributes. The Wilding can either bring the character closer to a positive integration with its natural self, or it can be a moment to be avoided at all costs.

Don’t all characters face their inner demons, shadow selves, at some point in our stories? After all, that’s what the story is all about, right? Why not use an animal character to highlight this human experience? A writer can explore this dark psychological aspect of the human mind through her animal characters by incorporating The Wilding.

There’s a lot of this sort of thing in shape-shifter characters – when the animal side overtakes the human side and it’s usually a big focal point in the story. I think that’s why shapeshifter/werewolf stories are so popular. It’s sort of like Dr. Jekyll and Mr. Hyde. Also, there is usually a simplicity to this state of being an animal that is compelling. BUT there’s a price to pay, as well, to being animalistic and not living within the bounds of human society and, for werewolves, it is killing humans.

So, how do you portray this moment? That depends on your animal—and you! What are your animal’s basic needs? What would it fight for? Kill for? Never do? HOW would it fight? Kill? Protect? If you ask these types of questions, you will soon discover what The Wilding would look like for your animal.

My challenge to you is: Shake things up and look at the world from an animal’s perspective.

Some resources that might interest you as you write from an animal’s perspective:

Davis, Lauren. “Why Everything You Know About Wolf Packs Is Wrong” http://io9.com/why-everything-you-know-about-wolf-packs-is-wrong-502754629

London, Jack. “Call of the Wild”

Lopez, Barry. Of Wolves and Men

Lord, Nancy. “Recall of the Wild” is a great short story in collection, The Man Who Swam with Beavers.

Morell, Virginia. Animal Wise: The Thoughts and Emotions of Our Fellow Creatures

Stein, Garth. The Art of Racing in the Rain

Valente, Catherynne M. “White Lines On a Green Field” is great short story in The Best Science Fiction and Fantasy of the Year 2012

Yu, E. Lily. “The Cartographer Wasps and the Anarchist Bees” is another great short story in The Best Science Fiction and Fantasy of the Year 2012 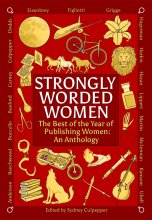 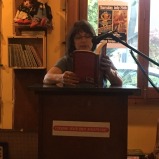 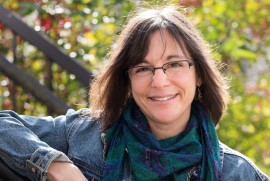